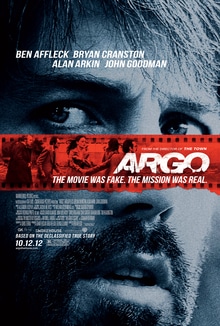 On a scale of 1 (not very creative) to 5 (very creative), what would you rate the creativity of the “Canadian Caper”?

In June 1981, Kenneth D. Taylor, the Canadian ambassador to Iran, was awarded the Congressional Gold Medal by US President Ronald Reagan for his role in the hostage exfiltration effort known as the “Canadian Caper.” The ruse involved the CIA creating a fake scientific film that explained why the hostages were in Iran and successfully led to their rescue after 79-days of hiding. The 2012 movie Argo creatively retold this story in cinema.