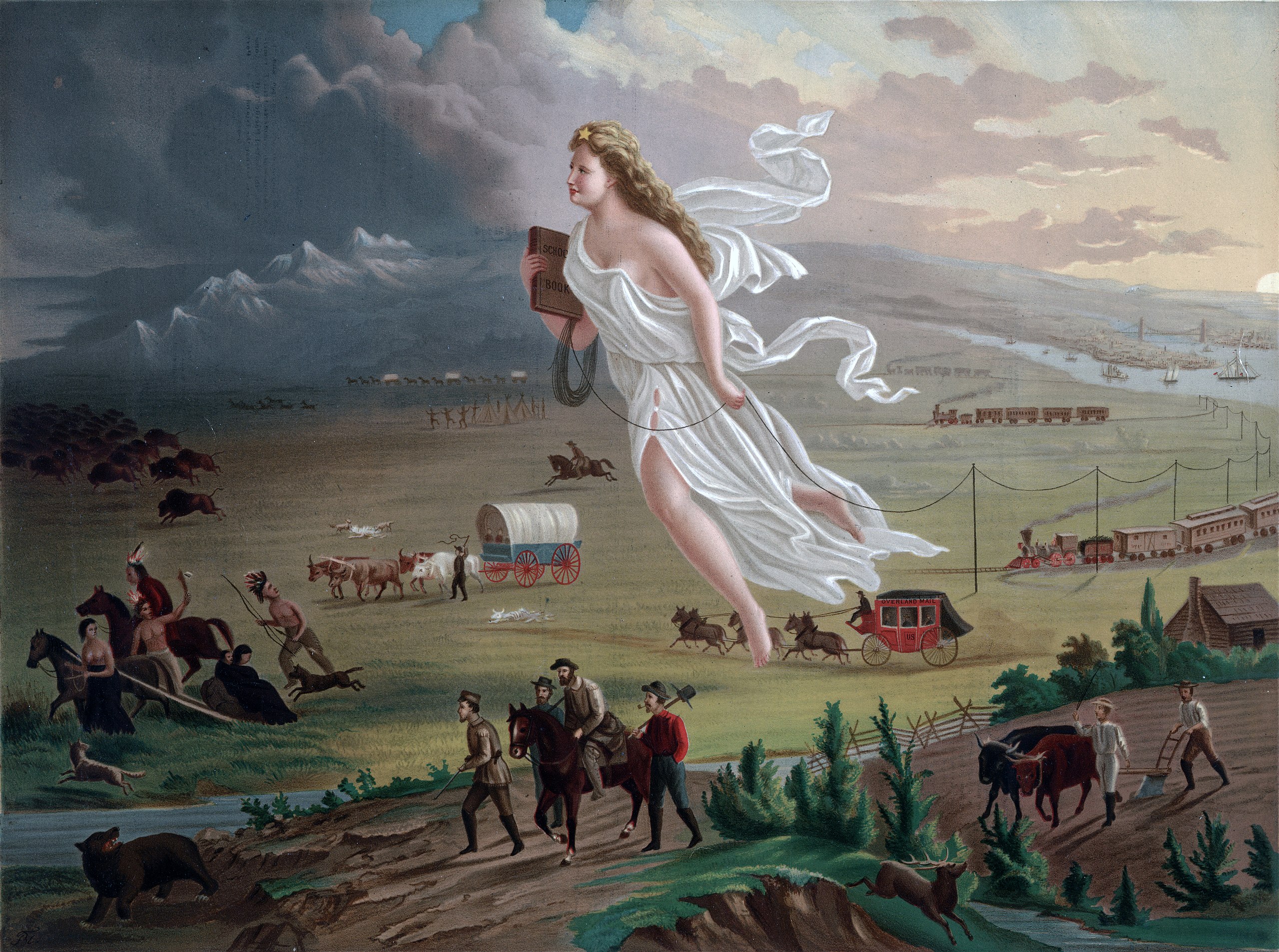 In early December 1845, US President James K. Polk alluded to the idea of Manifest Destiny in his State of the Union address, implying that the US should expand to include the land of today’s continental United States. The phrase “manifest destiny’ was originally coined by newspaper editor John O’Sullivan and was used to explain why American values, ideals, and culture should supersede the existing systems heavily influenced by Native American culture and partially impacted by the presence of other nations like Mexico, France, and Britain. 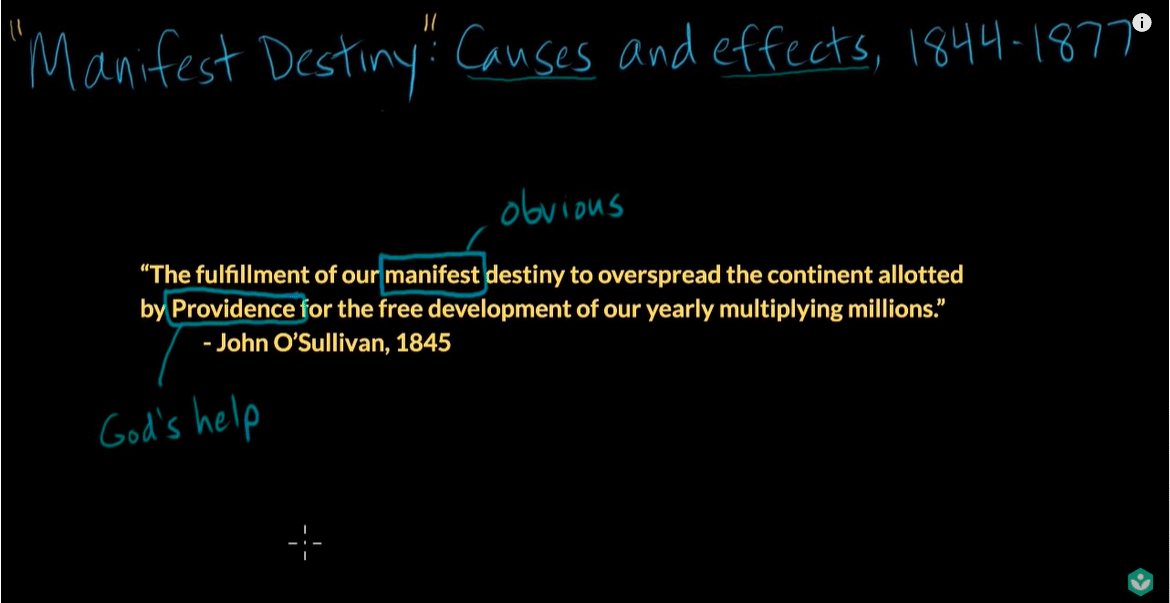