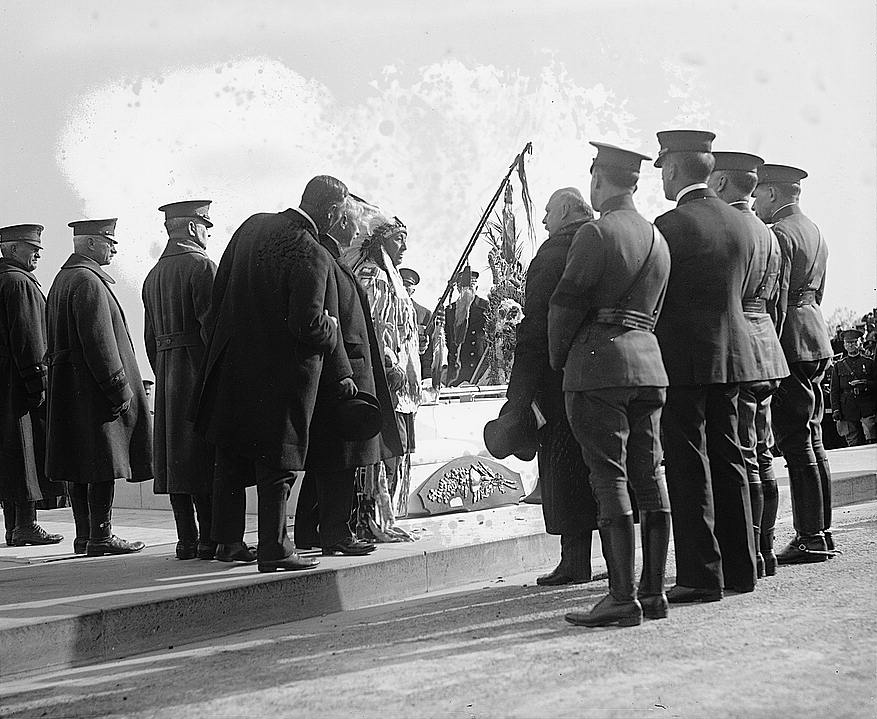 What mood do you think is emphasized by the setting of the Tomb of the Unknown Soldier?

On March 4, 1921, the US Congress signed off on the burial of an unknown American serviceman from the First World War in the Memorial Amphitheater. On November 11, 1921, the unknown soldier who died in France was interred in the designated location under several sections of granite and marble. Since then, the remains of unidentified soldiers from World War II, Korea, and Vietnam have been added as well. 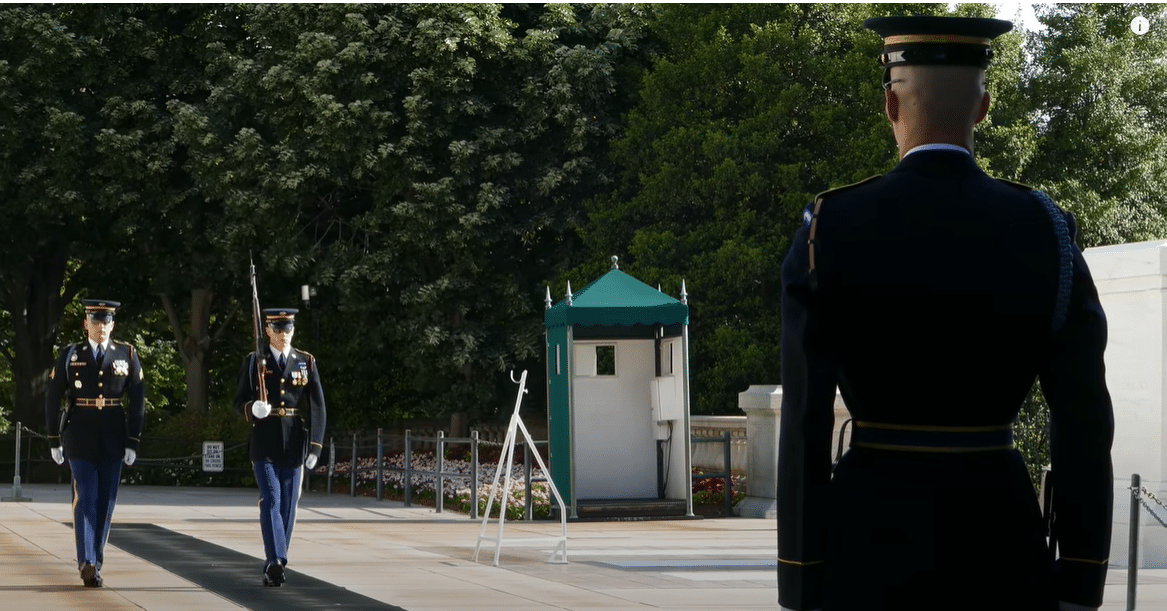