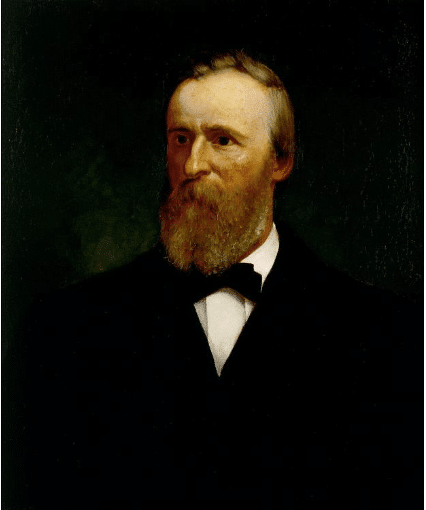 Although the presidency of Rutherford B. Hayes has been labeled as forgettable by some historians, other historians have pointed to President Hayes as a significant turning point in US History. In your opinion, was Hayes’s presidency notable or unnotable?

Rutherford B. Hayes served one term as US President from 1877 to 1881. Hayes’s presidency marked a crucial turning point for America as it merged the end of the Reconstruction Era with the beginning of the modern industrial era, as marked by the Gilded Age. Although Hayes’s election has been viewed as corrupt and bitter, Hayes has been called steadfast, moral, and wise.

The visual source below was selected because it delivers the most relevant information in a reasonable amount of time.